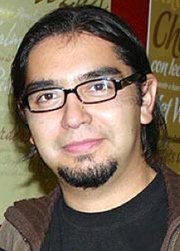 Francisco Galvez
Francisco Gálvez was born in 1971 and comes from Chile. He studied at the Universidad Diego Portales in Chile and now works as a graphic designer, as well as a professor of typography at the Universidad Católica de Chile and Diego Portales University. In 2004 he wrote the book Educación tipográfica and is co-founder of AGR Diseño and Frescotype. Both studios specialize in typeface design, information design and corporate identity. The fonts he has designed include Australis, which won gold at the Morisawa Awards in Tokyo in 2002. Elemental won the Altazor Award in 2002. Along with Rodrigo Ramírez, he also designed font families for newspapers, including the fonts La Discusión and La Cuarta.
La rubrique Know How offre des connaissances de base détaillées sur toutes les questions liées à l’utilisation de polices.