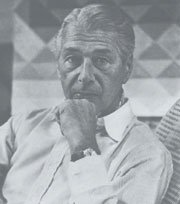 Herbert Bayer
Herbert Bayer was born in Haag, Austria on 5 April 1900 and died in Montecito, California on 30 September 1985. He served an apprenticeship in an architectural studio, subsequently studying at the Bauhaus in Weimar. In 1925, he was director of the Bauhaus’s internal printing workshop; by 1928 he was living in Berlin where he worked as a graphic designer. He emigrated to the USA in 1938. In Aspen, Colorado, he worked as a painter, graphic designer, architect and landscape architect.
La rubrique Know How offre des connaissances de base détaillées sur toutes les questions liées à l’utilisation de polices.