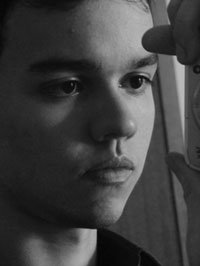 João Henrique Lopes
“Born in Brazil in 1986, I always liked to draw, and I’ve done it professionally to many clients. I’ve been selected in several cartoon exhibitions around the world, did some comic books, and wrote a book about the art of drawing (Elements of Manga Style). I graduated in Visual Arts in 2011, worked as an art teacher in schools, and in 2012 I started to put in Bezier curves the typefaces I had sketched over the years. There are two kind of fonts I swore I’ll never do: ugly fonts and fonts without personality. They already exist in excessive number. In fact, I don’t create font just because I like it. Every project of mine originates from a need. I feel that ‘it would be good if there existed a font to be used in such and such occasions’, then I search for it. And if I see that such a font doesn’t exist yet, I take it as my mission to create it. ”
La rubrique Know How offre des connaissances de base détaillées sur toutes les questions liées à l’utilisation de polices.