Today's digital font technology allowed the world-renowned typeface designer/calligrapher Hermann Zapf to finally realize a vision he first had more than fifty years ago: creating a typeface that could capture the freedom and liveliness of beautiful handwriting. The basic Zapfino™ font family, released in 1998, consists of four alphabets with many additional stylistic alternates that can be freely mixed together to emulate the variations in handwritten text.

A version of the 1998 Zapfino typeface ships as one of the pre-installed fonts included with Mac OSX. The Mac OSX version's letters are four times larger than the Linotype standard. In order to minimize compatibility problems for Macintosh users, Linotype has created OSX versions of its Zapfino Extra Pro typefaces, which have been enlarged to correlate visually with the Mac OS Zapfino system font. These special Linotype fonts can be distinguished by the letter X" in their name.

Zapfino Extra is an OpenType format font, which is available in two versions. Which version you purchase should depend on which software applications you use the most and what features they support! The Contextual version of Zapfino Extra Pro contains a treasure-trove of extra contextual features. When created in 2004, this was the most advanced OpenType font released to date. By purchasing this version, users of OpenType-supporting applications, such as Adobe InDesign, may access all of the features available in the entire Zapfino family through just two fonts, Zapfino Extra LT Pro (Contextual) and Zapfino Forte LT Pro!

Unfortunately, most non-Adobe applications currently do not support the contextual features made possible by recent OpenType developments. Users of Quark XPress and Microsoft Office should instead purchase all of the non-contextual fonts of Zapfino Extra Pro family, in order to access all of the Zapfino Extra family's 1676 glyphs.


Typecast is a web-based tool to create visual and semantic designs. Check for readability, rendering and beauty then share a working prototype of your design.

Tip: Add fonts to your Favorites, then test your custom selection in Typecast! 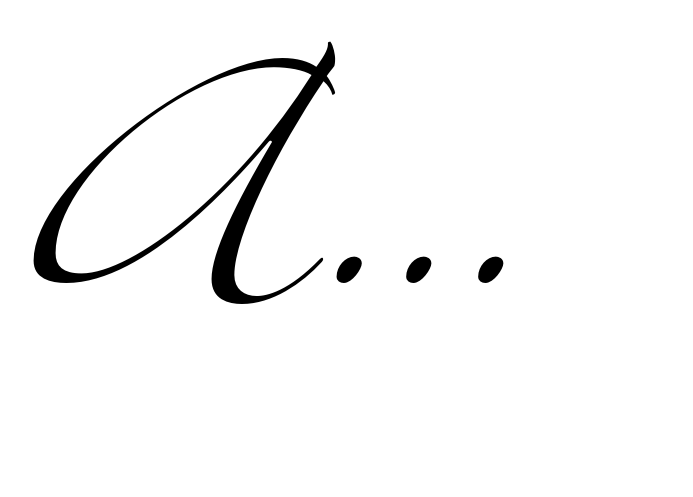 Fonction: Shifts various punctuation marks up to a position that works better with all-capital sequences or sets of lining figures; also changes oldstyle figures to lining figures. By default, glyphs in a text face are designed to work with lowercase characters. Some characters should be shifted vertically to fit the higher visual center of all-capital or lining text. Also, lining figures are the same height (or close to it) as capitals, and fit much better with all-capital text. The user selects a block of text and applies this feature. The dashes, bracketing characters, guillemet quotes and the like shift up to match the capitals, and oldstyle figures change to lining figures.

Fonction: Replaces selected figures which follow a slash with denominator figures. In the string 11/17 selected by the user, the application turns the 17 into denominators when the user applies the fraction feature.

Fonction: Replaces figures separated by a slash with 'common' (diagonal) fractions. The user enters 3/4 in a recipe and gets the threequarters fraction.

Fonction: Replaces a sequence of glyphs with a single glyph which is preferred for typographic purposes. This feature covers the ligatures which the designer/manufacturer judges should be used in normal conditions. The glyph for ffl replaces the sequence of glyphs f f l.

Fonction: Many scripts used to write multiple languages over wide geographical areas have developed localized variant forms of specific letters, which are used by individual literary communities. For example, a number of letters in the Bulgarian and Serbian alphabets have forms distinct from their Russian counterparts and from each other. In some cases the localized form differs only subtly from the script 'norm', in others the forms are radically distinct. This feature enables localized forms of glyphs to be substituted for default forms. The user applies this feature to text to enable localized Bulgarian forms of Cyrillic letters; alternatively, the feature might enable localized Russian forms in a Bulgarian manufactured font in which the Bulgarian forms are the default characters.

Fonction: Replaces default alphabetic glyphs with the corresponding ordinal forms for use after figures. One exception to the follows-a-figure rule is the numero character (U+2116), which is actually a ligature substitution, but is best accessed through this feature. The user applies this feature to turn 2.o into 2.o (abbreviation for secundo).

Fonction: Replaces lining or oldstyle figures with superior figures (primarily for footnote indication), and replaces lowercase letters with superior letters (primarily for abbreviated French titles). The application can use this feature to automatically access the superior figures (more legible than scaled figures) for footnotes, or the user can apply it to Mssr to get the classic form.

Fonction: This is a dual-function feature, which uses two input methods to give the user access to ornament glyphs (e.g. fleurons, dingbats and border elements) in the font. One method replaces the bullet character with a selection from the full set of available ornaments; the other replaces specific "lower ASCII" characters with ornaments assigned to them. The first approach supports the general or browsing user; the second supports the power user. The user inputs qwwwwwwwwwe to form the top of a flourished box in Adobe Caslon, or inputs the bullet character, then chooses the thistle dingbat.

Fonction: These fonts support the Basic Latin character set. Each font is Unicode™ encoded, and available in different formats. Please review the product information for each font to ensure it will meet your requirements.

Fonction: These fonts support the Latin Extended character set. Each font is Unicode™ encoded, and available in different formats. Please review the product information for each font to ensure it will meet your requirements.

ITC Zapf Book®
Zapfino is a trademark of Monotype GmbH registered in the U.S. Patent and Trademark Office and may be registered in certain other jurisdictions.