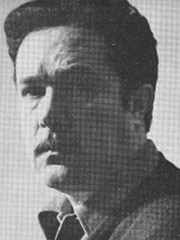 Tomás Vellvé
Tomás Vellvé was born in Barcelona in 1927 and died in 1998. He worked as a draftsman for Rieusset in Barcelona, where he learned the technical aspects of the graphic arts. Meanwhile, he deepened his studies in drawing, lithography, engraving and photography. In 1948 he moved to Madrid to continue his studies. In 1950 he returned to Barcelona and founded his own studio. His work in poster design, calendars, illustrations, and trademarks were shown in numerous exhibitions in Europe and North America. Vellvé worked as a graphic designer in Spain for more than 30 years. He published his first and only lead typeface, Vellvé, with Neufville Type Foundry in 1971. This font was published in a digital format in 1996 as a part of the Creative Alliance project. It was later expanded to include other styles.
La rubrique Know How offre des connaissances de base détaillées sur toutes les questions liées à l’utilisation de polices.