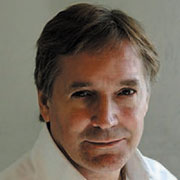 Alan Meeks
Alan Meeks was born in 1951 in London, England. After graduating, he started working as a lettering artist for Graphic Systems in the 1970s. In 1975, he was a senior typeface designer and studio manager for Letraset and created the font program there along with Colin Brignall. At that time, Letraset still produced fonts by stencil cutting. However, the company was far ahead of its competitors in its experimentation with digital fonts. In 1984, Meeks left Letraset and founded his own design studio. There, he expanded his focus beyond fonts to include corporate identity and packaging design. For example, he designed the artwork at the entrance of the London zoo, the logo for the Champions League Ball, the font design on street signs and signposts and much more. In addition, he teaches in England and other colleges and writes articles about type design and typography. Today he lives with his wife and three children in Buckinghamshire.
La rubrique Know How offre des connaissances de base détaillées sur toutes les questions liées à l’utilisation de polices.