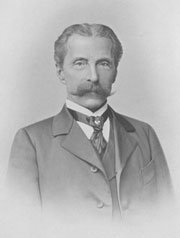 Friedrich Wilhelm Bauer
Friedrich Wilhelm Bauer (born January 1, 1834 in Frankfurt am Main, died February 24, 1923 in Stuttgart) was the eldest son of Johann Christian Bauer, the founder of the Bauer’sche Type Foundry in Frankfurt am Main. After an apprenticeship as a punchcutter in his father’s business, he set out on his own in 1858. In 1880, he founded the type foundry Bauer & Co, together with his son-in-law Karl Rupprecht. He left the firm in 1890 to work further on his own as an independent punchcutter.
La rubrique Know How offre des connaissances de base détaillées sur toutes les questions liées à l’utilisation de polices.