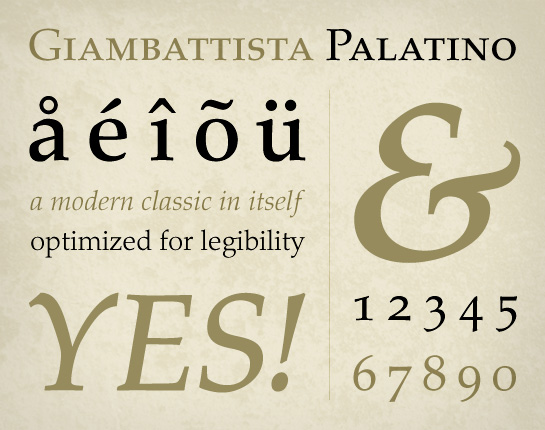 Palatino® is the work of Hermann Zapf and became available in the late 1950s from D. Stempel AG in Frankfurt am Main. Zapf named the font after Giambattista Palatino, a master of scripts from the time of Leonardo da Vinci. Zapf optimized Palatino’s design for legibility, producing a typeface which remained legible even on the inferior paper of the post-World War II period. Palatino is an Old Face font which proves that classic forms can still be used to create new typefaces.

Let the outstanding quality of this typeface convince you.
Download a printable sample of Palatino as a PDF.
Catégories