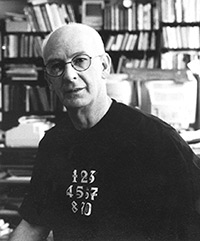 Dave Farey
“I’m a letter repairer,” is Dave Farey’s self-effacing way of saying that many of his typefaces have been in uenced by other designs. Farey collaborates with Richard Dawson, who he calls a “digital punch cutter,” at Panache Typography and HouseStyle Graphics, making over 200 commercial and custom typefaces.
Born in London in 1943, Farey still lives and works in England. At age 16 he left school where, he says in hindsight, “my major achievement was winning an italic handwriting prize.” After a few false starts at the beginning of his career, Farey found an apprenticeship in the Letraset® London design office in the early 1960s – which pretty much sealed his life with letters.
Working with Richard Dawson, who was born in 1960, their partnership has developed over more than 25 years, initially working in analog formats for photosetting services and since the mid 1990’s, designing and creating digital fonts for both custom and commercial use.
Afficher plus
Masquer