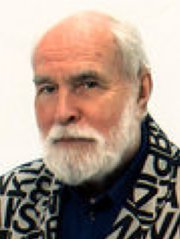 Bo Berndal
Bo Berndal was born in Stockholm, Sweden in 1924. He initially trained as a Linotype machine operator and became familiar with the various techniques used for typesetting and font design during his career as a compositor and typeface designer. Among other things, he also designed books, logos and exhibitions and worked as a calligrapher, author and lecturer. In 1950, he was hired by TYMA, a manufacturer of Linotype matrices, as their font designer. In subsequent years, he worked as a book designer and illustrator for Nordisk Rotogravyr and taught at the School for Typographers, Graphic Institute and the Crafts and Design School of the Swedish Industrial School of Arts. Berndal finally decided to form his own advertising agency, BIGG, in the 1980s. Here he created the corporate image of various Swedish institutions and businesses, such as the National Archive, the National Museum, the National Board of Health and Welfare together with the National Bank of Sweden.
Afficher plus
Masquer

Belltrap is a trademark of Monotype Imaging Inc. and may be registered in certain jurisdictions.