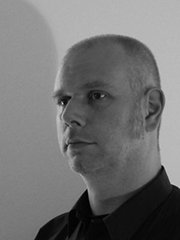 Ole Schäfer
Ole Schäfer was born in Gütersloh, Germany in 1970 and studied graphic design under Gerd Fleischmann at Bielefeld University of Applied Sciences. From 1995 to 1999, he was the type designer and type director at MetaDesign. Among his customers ‒ to give just a few examples ‒ were Audi, Volkswagen, Boehringer Ingelheim, Düsseldorf Airport, the newspaper Sächsische Zeitung and the Berlin public transport corporation BVG. The typeface he created for the Glasgow 1999 UK City of Architecture and Design Festival also brought him recognition and acclaim outside Germany. He additionally collaborated on the design of the FontFont bestsellers FF Meta and FF Info and the new styles of ITC Officina. He worked as a freelance and lectured on typeface design and typography in Berlin in the years 1999 to 2004. In 2002, he founded his own foundry, which he called Primetype.
El área Know how ofrece amplios conocimientos de fondo a todas las preguntas de aplicación de grafías.