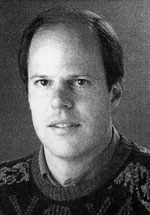 Shortly after, he arrived in South California where he spent his childhood and his youth.

After leaving college he developed an interest in graphic design and typefaces while running a small screen printshop for manufacturing posters and greeting cards. This work brought him into contact with "Autologic Incorporation" in Newbury Park, CA.

Robert Slimbach was then self-employed for two years and developed the two fonts "ITC Slimbach®" and "ITC Giovanni®" for the International Typeface Corporation in New York.

In 1987 he joined "Adobe Systems". Ever since, he has been involved in developing new fonts for the Adobe Originals program. His time at "Adobe Systems Incorporation" in Mountain View, CA, has seen the production of the Utopia®, Adobe Garamond™ and Minion­® font families by 1991 and Poetica™ by 1992.
Mostrar más
Ocultar

Warnock is a registered trademark of Vyacheslav Kirilenko and Gayaneh Bagdasaryan.