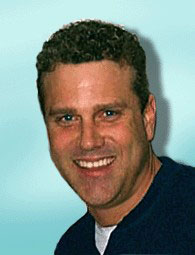 Rob Leuschke
After studying at the University of Missouri in the early 1980s, Rob launched his career as a font designer at Hallmark Cards in Kansas City. His talents as a calligrapher and font designer brought him back to St. Louis, where he began to work as a freelancer. Rob currently lives in St. Charles, Missouri.
El área Know how ofrece amplios conocimientos de fondo a todas las preguntas de aplicación de grafías.