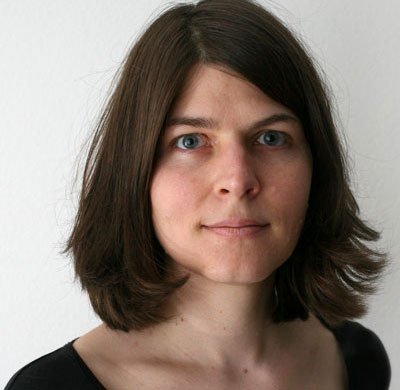 How did you fall in love for type design?
It was not love at first sight. Over the years, when already working as a graphic designer, I developed an increased interest in typography and type: I was more and more interested in the details of typography, which lead me to the smallest instance, the typeface and its letters / glyphs.
Some time prior to designing type, I got involved in calligraphic writing / handwriting. The learning about letter shapes brought me closer to type design.
So far, I have been studying with a variety of teachers and approaches, such as Frank Blokland (Noordzij tradition), Jost Hochuli (Walter Käch tradition), Mike Kecseg (Pointed pen), Julian Waters and Sheila Waters (Edward Johnston tradition).

How many typefaces have you developed until now?
Cardamon Pro is my first typeface, without counting previous experimentations with type. It was initially designed as part of the Master of Design in Type and Media at the Royal Academy of Art in The Hague, The Netherlands, in 2010.

Is type design what you are mainly doing? What is your profession aside from type design?
Type design is not my main occupation. Apart from designing type, I also like to use type. I do so as a graphic designer, where I focus on editorial design. In 2013, I set up my own publishing house, “Brigitte Schuster Éditeur”, where I publish personal books in an independent way and feature projects of my interest. I am involved in design research and write about design; I work as a graphic design educator.

Are you influenced by other typefaces for the design of your typeface?
I aimed for designing a typeface with sharp edges and corners. Therefore, I was influenced by the angularities as they appear in Vojtěch Preissig’s Antiqua and Cursive or Oldrich Menhard’s Menhard typeface.

Please describe the look and feel of your typeface.
Cardamon is an unobtrusive serif typeface, which looks at the same time determined, when looked at it as a whole. Looking at details, the main characteristic is its angularity of shapes noticeable in all glyphs. Its italic is rather lively depicting a literary tone. When typeset together with the roman, it is quite noticeable/stands out.

Are there aspects of the design that you think should be highlighted, or you particularly want the graphic design community to know about your typeface?
Through its large x-height Cardamon has a good legibility in small sizes – or on screen. Cardamon Pro is contained of a rather discreet roman with a lively italic that is quite distinguishable from the roman. The angle of Cardamon Pro’s italic with a value of about 15° is quite steep. While the roman uses a broad-nib old-style approach, the italic has a transitional style that goes towards the pointed nib pen. The typeface comes with unique ornaments, which are a noteworthy complement.

What are the unique details from which you think they distinguish your typeface?
Cardamon is a contemporary serif typeface. Characteristics for the roman are the large x-height, big counter shapes (d, o), distinct upper terminals (l), visible stem ductus (n), optical horizontal direction of the typeface as a whole (n), angular shapes (n, o), oblique axis derived from the writing angle of the broad nib pen (n, o), and the asymmetric lower terminals (n). The characteristics for the italic are a 15° slope, distinct upper terminals (l, f), sharp recursion stroke (a), exaggerated joints and angles (n), transitional / pointed nib axis (n), and the basic lower terminal (a). Proportions for the uppercase alphabet are rather based on the modern tradition where all letters have more or less similar width proportions. I also strived to have optically the same width for the lowercase letters.
Capitals are below ascender line (which is for example helpful in a German text which uses uppercase letters frequently and has a less obtrusive appearance).
The uppercase letters’ contrast similar to the lowercase letters to favour an even text image. Cardamon Pro comes in four weights (regular, italic, medium, medium-italic, semi-bold, semi-bold italic, bold, bold-italic), small caps, and figures for all needs from old-style to proportional figures. The typeface contains specially designed ornaments.

What was the reason for you to give the typeface its name and what is the meaning?
I aimed for a name that fits the typeface’s character and one that is easy to remember. I like the analogy of comparing the typeface to a spice that gives flavour to a text: Cardamon Pro influences a text as much as the spice Cardamon adds its component to food. It gives a distinct and compelling taste much like the typeface adds to its look with its distinct particularities such as the angular shapes or the outstanding italic.

Did you collaborate with anybody?
Initially, my tutors at the Royal Academy of Art in The Hague had some influence on how the typeface shaped. Later, Nils Thomsen and Irina Smirnova helped to improve some letter shapes. I collaborated with Nils Thomsen during the finalization of the project; with Igino Marini, I collaborated for spacing and kerning.
The Know How section offers detailed background knowledge to deal with all enquiries about the use of fonts.