VAG Rounded Next: a modernized, upgraded version of the popular design classic

About VAG Rounded Next

Steve Matteson compared the geometric character of VAG Rounded with the friendly and familiar look of an American school bus. The striking, rounded endings reduce the technical rigor often conveyed by structured fonts.
Previously, the family had only four fonts, which meant its applications were limited. The new VAG Rounded Next has been extended without changing the character of the letters. It now has finely graded weights, from Thin to Extra Black, each accompanied by a new italic. With the support of additional languages, as well as Greek and Cyrillic characters, ligatures, fractions and also some alternative letters, the family now has 700 glyphs per style. Steve Matteson also included two display styles, and . Rust simulates a reduced application of color and the 3D effect of Shine recalls the balloon letters of the 70s.

VAG Rounded Next offers everything you need for contemporary, large-scale projects. The finely graded line thicknesses can be used to design both texts and prominent headlines. Last but not least, the new display styles let you add a very special touch to posters or packaging, for example. 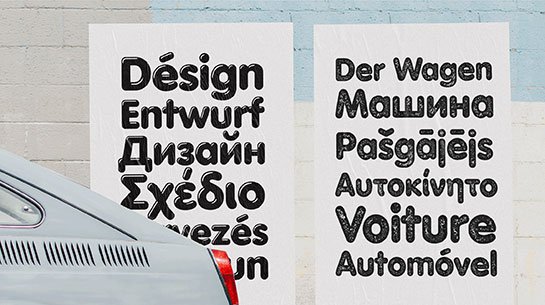 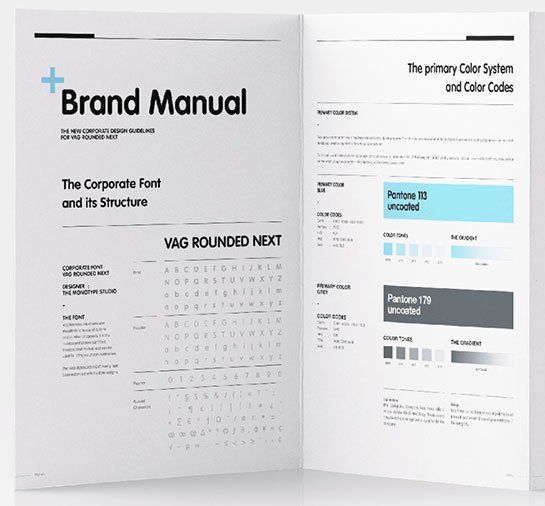