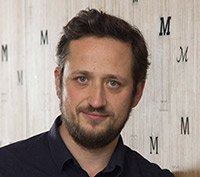 Malou Verlomme
Malou Verlomme is an award winning French typeface designer working as a Senior Type Designer at Monotype UK, since 2016.
He has a Graphic Design degree from l’École Duperré in Paris, and an MA in Typeface Design from the University of Reading. He taught type design at several universities in Paris and still occasionally lectures and gives workshops. His typeface Camille has the honor of being part of the collection at France’s Centre National des Arts Plastiques (CNAP). His typefaces include Ecam and Totem published with the foundry LongType, which he co-founded in 2012. In 2016 he designed the Johnston100 typeface for TfL, London’s new underground typeface.
The Know How section offers detailed background knowledge to deal with all enquiries about the use of fonts.