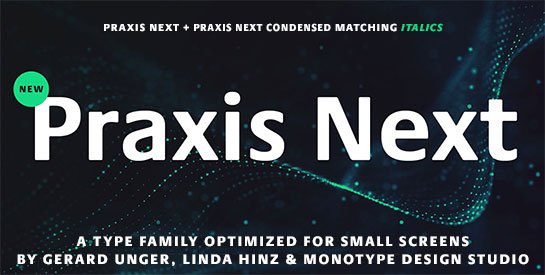 For decades its open, warm forms have made the very legible Praxis® from Dr. Gerard Unger a constant favourite in the designer’s repertoire. Now Gerard Unger, together with Linda Hintz, has significantly expanded and revised the popular font as Praxis Next with new stroke widths and condensed and italic font styles.

When the first digital typesetting machines appeared in the mid-1970’s, Dr. Gerard Unger designed two fonts for what was still a difficult technical environment – Demos and its sans serif sister, Praxis. A slightly rounded design and the absence of any sharp edges conflicted with the new technology; in this process, open forms with large counters and a significant x-height guarantee that the fonts are legible. Thanks to their solid appearance and uncomplicated use Demos and Praxis made many friends in the following decades and in the 1990’s were even used by the German Federal Government as corporate fonts.
A few years ago, Demos was revised and Demos Next appeared and now it is the turn of Praxis. The new shares its basic design concepts and letter forms with the version from the 1970’s. However, almost imperceptibly, Gerard Unger has corrected compromises constrained by technology and minor irregularities. The structure of the family has altered significantly. Instead of the previous range, nine finely graded stroke widths from light to ultra are now available. 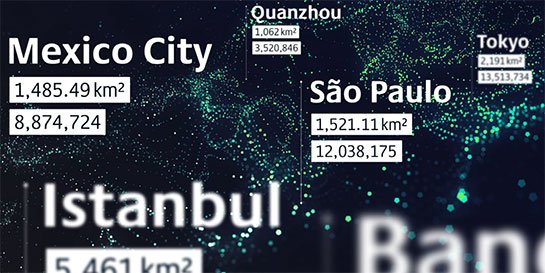 The genuine italic fonts, some of which have altered letter forms, are also new. And although Praxis Next is in itself designed to save space, an even narrower, cursive condensed for all stroke widths, including italic, expands the family.

Thus, an expanded selection of characters covers most Central European and many East European languages.

With its new, contemporary structure Praxis Next is available for an even wider range of tasks, whether as a very legible text font or as a distinctive headline font. The comprehensive range of Praxis Next also responds to every requirement in large projects, for example, in corporate design. In addition, you can combine the new family perfectly not only with the Antiqua Demos Next, but also with the contemporary Masqualero™ or historic fonts, such as Bembo® Book or Stempel Garamond™. 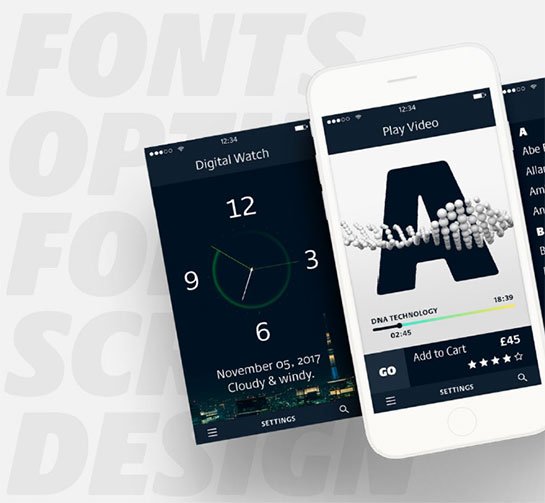