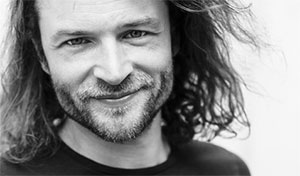 Jan Hendrik Weber
Hendrik Weber is a creative director for Monotype, where he advises clients on custom fonts and how to leverage type in branding. He also created the Unitext typeface, a popular design created for a myriad of branding needs.

Prior to his role at Monotype, Hendrik had a successful career as a freelance type designer, which included working with major brands and design studios in Berlin, Munich and Amsterdam. Hendrik also designed a number of fonts for European type foundry OurType, and worked with brands including Porsche (in collaboration with Fred Smeijers and Corina Cotorobai), Bentley Motors, which received a Red Dot Design Award in 2014, and Canyon Bikes as part of the team at brand agency KMS TEAM in Munich.

His Lirico typeface received an award from the Type Directors Club in 2009. Hendrik earned his degree in type design from the Academy of Visual Arts Leipzig.
The Know How section offers detailed background knowledge to deal with all enquiries about the use of fonts.