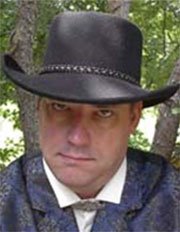 David Nalle
David Nalle was born in Beirut, Lebanon in 1959. He was initially trained at a printing house in Boston that produced reprints. He completed his education at the Franklin & Marshall College. In 1982, Nalle moved to Austin to study medieval history at the University of Texas. He finally began to make fonts in 1991, basing them on his handwriting. A year later he opened his foundry, Scriptorium Fonts. Today, Nalle lives with his wife and daughter in Manor, Texas. He works as a game designer, editor and historian.
The Know How section offers detailed background knowledge to deal with all enquiries about the use of fonts.