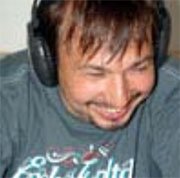 Lukyan Turetskyy
Ukrainian designer Lukyan Turetskyy was born in Lviv in 1979 to an artistic family. Turetskyy studied at the College of Decorative and Applied Arts and the Academy of Arts in Lviv. He still lives there and works in the fields of graphic design and photography. In 2008, Turetskyy founded “2D Studio”, where he sells fonts with other designers under the name “2D Typo”.
The Know How section offers detailed background knowledge to deal with all enquiries about the use of fonts.