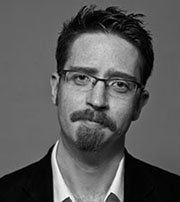 Ben Jones
Born in the UK, Ben Jones spent his formative years in Switzerland before returning to England to study typography at the University of Reading in 2000. After completing the course, Jones established Protimient, an independent design enterprise encompassing Web design and type design. After releasing what he describes as “several resolutely amateur typefaces,” Jones attended the MA Typeface Design course at the University of Reading from 2010-11, where he designed the Emrys typeface, which won two awards in the Granshan competition of 2011. Later that year, Jones joined Monotype in the UK, where he works as a font engineer and occasional type designer.
The Know How section offers detailed background knowledge to deal with all enquiries about the use of fonts.