The new Kairos from Terrance Weinzierl:
sporty, hip and octagonal

Distinctive, edgy, muscular and yet a little playful: with its octagonal base shape, the slab serif Kairos picks up on the character of the so-called “Grecian fonts”, which were popular in the 19th century. Monotype designer Terrance Weinzierl has created a contemporary and modern interpretation of those fonts, which are also decorated with shadows, facets and overlays. 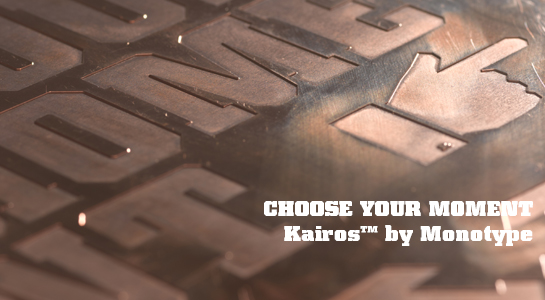 Kairos™ is well equipped with 51 styles, and is available in many weights with different widths. Each has a matching italic and small caps. Some display and overlay styles are included, as well. Kairos not only offers plenty of room to play in terms of design, but also covers a wide spectrum of tonalities. In some styles, the font appears stout and uncompromising. In others, the dynamic and good-natured character stands out. Use Kairos, for example, in athletic designs, in the outdoors sector, for industrial brands or packaging. Kairos is also suitable for video games or apps and is also available as a Web font, of course.

Translated from the Greek, Kairos means “the opportune moment”, making it not only the perfect name for a versatile font, but also a good description of how the typeface came to be. Fascinated by the style of the “Grecian fonts” from the 19th century, Weinzierl experimented with design ideas for several years. Aware that octagonal fonts were underrepresented in the Monotype library, he sought out a modern and well-developed interpretation of the genre.

When three potential customers – a basketball team, a video game company and a software giant – came looking for a hip, somewhat rough and not too refined octagonal font, Weinzierl knew that the time was right to finally put his plans into action. The result was Kairos, a well-developed, digital font that provides an industrial, modern and sporty flair with a wide range of applications. 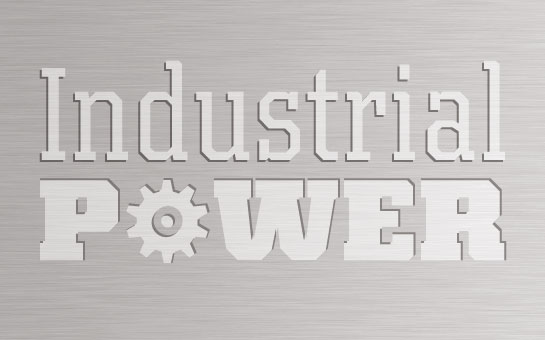 The octagonal basic form exhibits a certain formal, stencil-like character, to which Weinzierl deftly added influences of an Antiqua. For example, the “a” and “g” in the upright styles are designed with an open, two-story shape typical of an Antiqua. In the italics, these change to a closed form.

Kairos is available from Thin to Black in eight finely graded weights, each in three different widths. All styles are accompanied by an italic and contain small caps. A Display style, designed as an overlay with highlights, has a three-dimensional, shadow effect and rounds out the options.

Thanks to the great options with weights and the additional design choices with overlay highlights and shadow styles, you can use Kairos for many very diverse design tasks. The square and basic geometric shape adapts smoothly – and in some cases, playfully – to your design requirements. In this way, Kairos has more of the craft-like character of a farmer’s market than the attitude of an insurance company, picking up on the do-it-yourself trend.
Throughout the history of Monotype, typefaces have originated based on customer requests. This is the case for the athletic, powerful, octagonal Kairo, which is suited to very diverse printed or digital designs.
Designer Interview

See the following page for information about Kairos Sans.
Categories