In the second half of the 19th century there was a cold, ugly academic tendency making itself evident in all areas of design. It manifested itself in the incompetent repetition of earlier styles and considered that enough. But then young artists all over Europe started to break out of this torpidity and create something completely new.

The origin of this renewed vigor lay in the philosophy and achievements of an outstanding figure of the times, William Morris (1834-1896). His goal was a redesign of society to make a closer connection between life and art possible again. 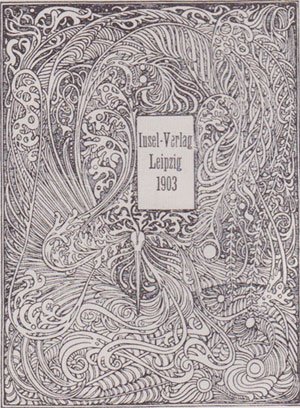 
Handicraft vs. Machine
After Morris had founded a socialist party, created the arts and crafts movement and wrote a number of novels, he went on to design three typefaces. He also published 67 volumes according to his own designs through his Kelmscott Press in London and they are among the most beautiful and intriguing in the history of book printing. His work was consciously done in an arts and crafts style, through which he wanted to signify his opposition to industrial mass production. He saw the machine as the archenemy of every human society.

Despite being shortlived, this renewal movement (ca.1895-1905) was nonetheless fierce and international. There were centers in every European country which vehemently proclaimed the separation from historic styles and thus paved the way for the Moderns. Names like Henry van de Velde, Aubrey Beardsley, Alfons Mucha, and Peter Behrens represent national styles and their similarities.

Two of the most important goals of the Art Nouveau movement were the reestablishment of the unity of art and handicrafts as well as the radical renunciation of historicism. The artists again took up handicrafts as a career. 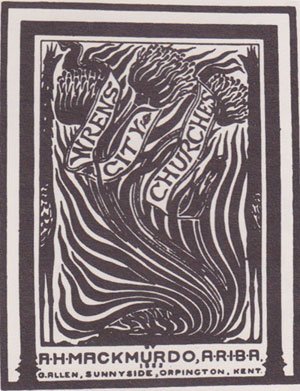