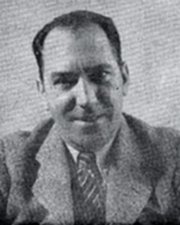 Charles P Bluemlein
American type designer Charles P Bluemlein is known in calligraphy circles for his series of script alphabets in the booklet “Script and Manuscript Lettering” from 1944. It was published by the Higgins Ink Company of Brooklyn, New York to promote their inks. Decades later, Alejandro Paul digitized the fonts from this booklet.
The Know How section offers detailed background knowledge to deal with all enquiries about the use of fonts.