In the years up to 1933 Tschichold designed a number of works in the style of the Bauhaus style and the new typography. In that year, however, he fled from the Nazi government after a search of his house, temporary imprisonment, and the loss of his job. Tschichold sought refuge in Switzerland. It had taken him just a few years to propagate the new typography but the Nazi party put a quick end to whatever he had achieved. The typography of the Nazi era was sterile and just as poor as that of the years before 1925.

Tschichold started working at the Basel School of Applied Arts as well as part-time at the Benno Schwabe publishing house in Basel. His new beginning was difficult, defined by financial problems and a lack of appropriate and interesting work. In addition, as a foreigner, he could lose his work or resident permits at any time. There were, however, some high points. His book “Typographic Design” appeared in 1935 and there were 1000 orders even before it was printed. In the same year Tschichold exhibited his work at the major London print shop Lund Humphries, after which he received commissions from the shop as well as the task of designing the typography of the world famous Penrose Annual of 1938.

His next book appeared in 1942, “Typeface Theory, Practices and Sketches”. Tschichold left the Bauhaus and elementary influence behind and returned to classic typography and art. This is evident in the numerous designs he produced in this period. Since 1938 he had devoted himself completely to book typography. He abandoned the assymetrical arrangements of industrial typography and began to center almost all his work.

Between 1933 and 1946, Tschichold produced numerous journal articles, in part due to financial pressure. By 1941 he at last saw the end of these difficult years when he was hired by the growing company Birkhaeuser in Basel. In recognition of his contributions during this time, Tschichold was granted citizenship in Basel in 1942. 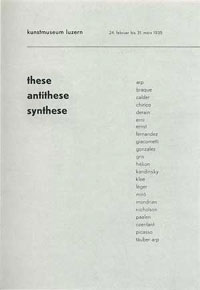 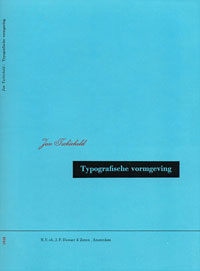 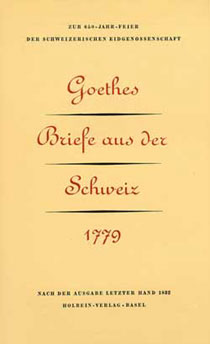 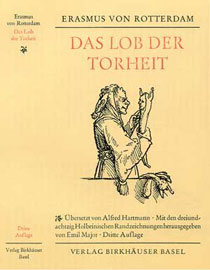 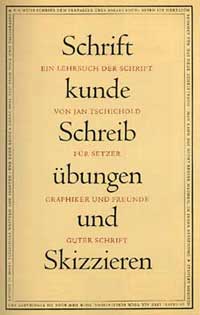