Adrian Frutiger was born in 1928 at Unterseen near Interlaken (Switzerland). After an apprenticeship as a compositor he made further education in type and graphics at the Zurich School of Arts and Crafts (Kunstgewerbeschule) from 1949 to 1951 (teacher: Alfred Willimann and Walter Käch).

Frutiger was called to Paris in 1952 and worked as typeface designer and artistic manager at Deberny & Peignot. He founded his own studio in Arcueil near Paris 1961, together with Bruno Pfäffli and André Gürtler. Frutiger was Professor for ten years at the Ecole Estienne and eight years at the Ecole Nationale Supérieure des Arts Décoratifs, Paris.

Frutiger’s work has concentrated mainly on the design of printing types and signage systems, but he has also created free forms. The book "Forms and counterforms", published by Erich Alb of Syndor Press, presents this free forms in a single volume for the first time (Cham, Switzerland, ISBN 3-908257-07-7). 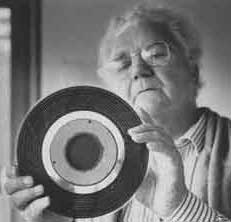 After a heart operation in 1994, Adrian Frutiger began work on his professional memoirs, covering fifty years of his life as a type designer.
Adrian Frutiger sketched out the demands of technology change, from the first phototype of the 1950s to digital setting with personal computers in 1990s.
He always saw himself as "a child of his time" and, being one of the very few typeface designers who stood at the junction of these various technologies, he considered it important to write an account of "how it all went" for the following generation.
The most important fonts of Adrian Frutiger in the Linotype Library:
Categories