Not only at the Bauhaus did groups of artists join together to develop works which fit neither the Expressionist nor the Surrealistic art movements. In the 1920s, every European center had artist colonies which actively confronted the historic romance and glorification of art with a new clarity and directness.

Throughout recorded time, there have been artistic styles containing Constructivist elements, for example those of the Renaissance or Jugendstil. In the time between the two world wars, however, geometry appeared as the dominant design technique, a pure form to communicate the new content of art. 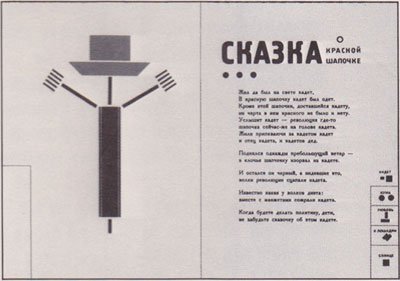 Such pioneering efforts were (and are) criticized by some, ecstatically welcomed by others. Among the supporters were the artists El Lissitzky, Naum Gabo, and Antoine Pevsner. Artistic groups formed, split, and formed splinter groups. In the turbulence of the years 1917–1919, Rodschenko and Tatlin declared Constructivism in support of the revolution, production of art for the people. This resulted in an abundance of experiments in the areas of theater, architecture, product design, representational graphics and typography. 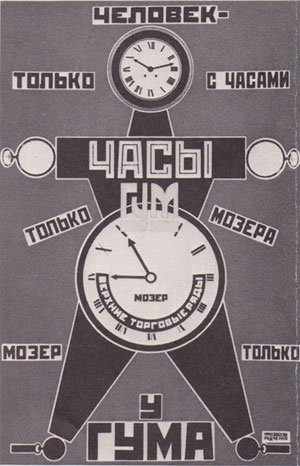 The success of the October Revolution quickly spread Constructivist ideas to other countries, where there was often a pre-existing basis of similar thought.

The first Constructivist exhibition opened in Poland in 1923: Henryk Stazewski, Wladislaw Strzeminski, Myeczyslaw Szczuka and Henryk Berlewi were the leading artists, dealing with issues of advertisement and typography. 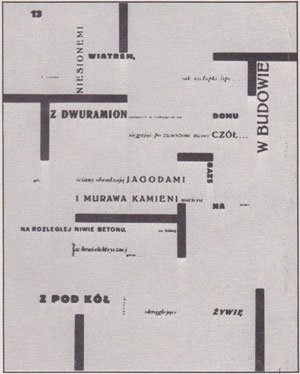 Wladyslaw Strzeminsky: page from a volume of poetry, 1926


Take a look at a selection of typefaces with an constructivist origin, offered by Linotype:
Categories