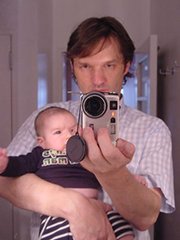 Kai Zimmermann
Born in 1965, Kai Zimmermann studied at the Art Academy in Stuttgart from 1986-91. From 1991-92 he worked in Rotterdam at Hard Werken and then he went to New York where he worked as a freelance designer until 1994. In 1995 he launched Monkey See Monkey Do, Inc., a small design company based in New York City. His hobby is gardening, which is rather difficult to do in Manhattan.
The Know How section offers detailed background knowledge to deal with all enquiries about the use of fonts.