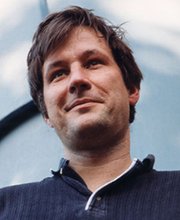 Henning Wagenbreth
Henning Wagenbreth (1962) studied at Kunsthochschule Weißensee in Berlin from 1982-87 and has since worked as a freelance graphic designer. He lived in Paris in 1992-93 and then moved back to Berlin to teach. Since 1994 he has been a professor of visual communication at the Berliner Hochschule der Künste focussing on posters, books and newspaper illustrations.
The Know How section offers detailed background knowledge to deal with all enquiries about the use of fonts.