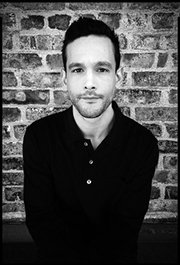 Jesse Vega
Jesse Vega, born 1976, is a type designer based in New York. He has an industrial background in Fine Arts and is a graduate of the Type @ Cooper type design program at Cooper Union. Vega began producing letterforms in 2009 and has since collaborated with a number of respected New York-based foundries; assisting in the design and production of typefaces for both corporate and editorial use.
The Know How section offers detailed background knowledge to deal with all enquiries about the use of fonts.