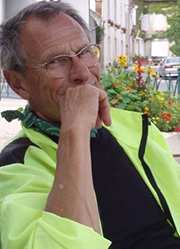 Ole Søndergaard
Ole Søndergaard war born in Copenhagen in 1937 and was trained as a sign writer. He then studied Graphic design at the Royal Danish Academy of Fine Arts under professors like Gunnar Biilmann Petersen and professor Claus Achton Friis. He went on working for Naur Klint’s architectural firm (1964-1971) and teached at the Royal Danish Academy of Fine Arts, Copenhagen (1966-1978). In 1973 he established his own design practice and from 1985 until 1995 he was the co-founder and partner of Eleven Design A/S. Søndergaard received for his work several awards like the European Community Design Prize or the Danish Design Prize.
The Know How section offers detailed background knowledge to deal with all enquiries about the use of fonts.