The original Dada movement lasted until 1923. Many details and episodes still inspire the imagination today, for example, Lenin’s meeting with the Dadaist Tristan Tzara in Zurich. Such an historic meeting was originally arranged just to play chess...

But the Dada movement never really came to an end. The Happening and Fluxus movements (Kaprow, Rauschenberg, Paik) around 1960 would be unthinkable without Dadaism as its predecessor. And 1980 saw a new and powerful revival, a need for exactly the types of ideas and applications which Dadaism represented. All the Dada manifests which had formerly been so difficult to find were released by German publishers in reprints true to the originals. A modern music group named itself after the historic ’Cabaret Voltaire’ and in 1982, the first Dadaist conference since 1945 took place in Germany.

In the last twenty years, formal and contextual Dadaist influences have been used as important style elements in the design of alphabets, typography and international graphic design. Among the most influential and creative designers whose work would be unthinkable without Dadaism are for example Edward Fella and David Carson of the USA. In England, Jamie Reid gave the punk movement a look which stemmed from Dadaism. And in Germany, xplicit Thomas Nagel, Alexander Branczyk brought Dadaist freedom to the design of the techno music movement as well as to the digital world. Although a period of uproar in the design is followed by an opposite trend focused on function, the new developments make clear that Dada was not just an influential movement at the beginning of the 20th century. The rebellious and enquiring principles of the Dada movement could also be models for the present and the future. And they will be! 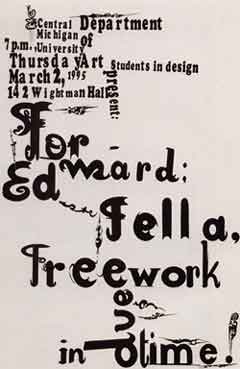 Flyer for a lecture by Edward Fella, 1995 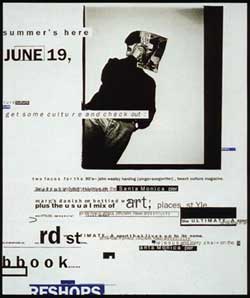 Announcement for an edition of "Beach Culture" by David Carson, 1990 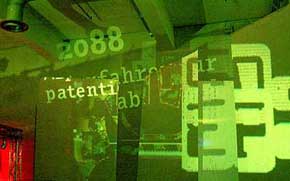 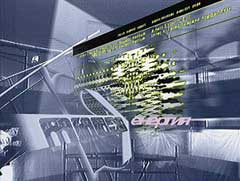 Frontpage
Logo design
By Alex Branczyk
Please take a look at a selection of typefaces in the style of Dada, offered by Linotype
Categories