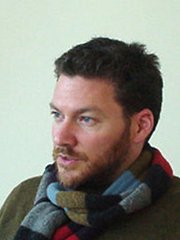 Michael Abbink
Michael Abbink has two Bachelor of Arts: one in Fine Arts, and the other one in Graphic Design and Packaging from Art Center in Pasadena. He has been designing letter forms since 1992, and his first typeface, FF Kievit, is used around the world and has won awards from the ISTD and ATypI. In 2000 Michael created FF Milo which became part of the FontFont Library in 2006. Michael Abbink is a multidisciplinary creative director, typeface designer and educator. MetaDesign San Francisco served as a launch pad for Abbink and after three years, he went on and co-founded Method Inc. He has since also operated as Creative Director for Saffron, Design Director at Apple, and Creative Director at Wolff Olins New York and is now Senior Creative Director at MoMa New York.
The Know How section offers detailed background knowledge to deal with all enquiries about the use of fonts.