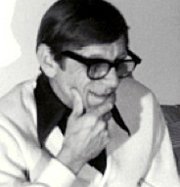 Phil Martin
Phil Martin was born in Dallas, Texas in 1923 and died in 2005. He spent many years working as a cartoonist. In 1969 he founded Alphabet Innovation and in 1974 he founded Type Spectra. They produced more than 400 film fonts for the VGC Photo Typositor phototypesetting machine and later they went on to license the fonts to other font producers.
The Know How section offers detailed background knowledge to deal with all enquiries about the use of fonts.