The Dada influence on typography broke with most printing traditions. It had a radical attitude toward design and took typography seriously; it was a necessity, not a side effect. An anti-bourgeois outlook took form.

Distinguishing style elements are the close relationship between word and image and the use of a variety of type forms and line dimensions. New interpretations of the horizontal-vertical dimension were created and layouts included lines, surfaces, and techniques sometimes irrelevant to the purpose, like engravings. Syntactic elements like capital-lower case, condensed, light-semibold, etc., were used extensively. The legibility of texts suffered, but the content was revealed and emphasized.

New typographic techniques were not only used in advertisements. Even ’serious’ works like the cubist paintings of George Braque and Pablo Picasso included written elements as essential components. 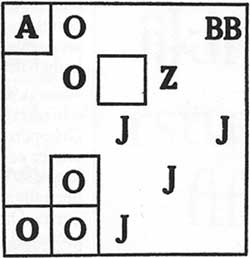 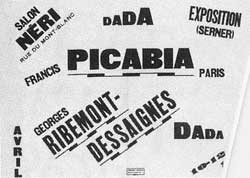 Invitation to an exhibition of works of the French Dada artist Francis Pacabia, 1920 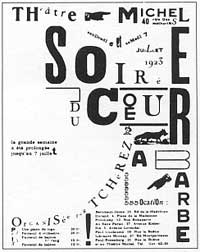 Typographic photomontage, 1922
Please take a look at a selection of typefaces in the style of Dada, offered by Linotype
Categories