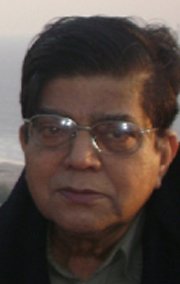 Raghunath K. Joshi
Raghunath Joshi was born in Kolhapur, Maharashtra in India in 1936. He died in San Francisco on 5 February 2008. He was a font designer and calligrapher and studied at the Sir J. J. Institute of Applied Art in Mumbai. He created the core set of Indian fonts now used by Microsoft Windows. From 1983 to 1996, he was Professor of Calligraphy, Font Design and Typography in Mumbai.
The Know How section offers detailed background knowledge to deal with all enquiries about the use of fonts.