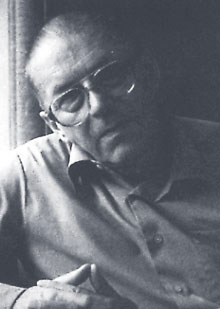 Albert Kapr
Albert Kapr was born in Stuttgart on July 20, 1918 and died in Leipzig on May 31, 1995. He began a typesetter apprenticeship in 1933 and went on to complete his studies at the Academy of Visual Arts in Stuttgart. He worked for F. H. Ernst Schneidler for two years, starting in 1938, and became an assistant at the TH Stuttgart from 1945 to 1948. He then became a lecturer for Adversiting Art at the University of Architecture and Visual Arts in Weimar. In 1951 he worked as a Professor for font and book design at the University of Graphics and Book Design in Leipzig and as a Director of the Institute for Book Design. He was the Rector of the university for eight years and in 1964 became an artistic consultant to the font foundry Typoart Dresden. He published major works on font history, aesthetics, the function of typography and the history of printing.
The Know How section offers detailed background knowledge to deal with all enquiries about the use of fonts.