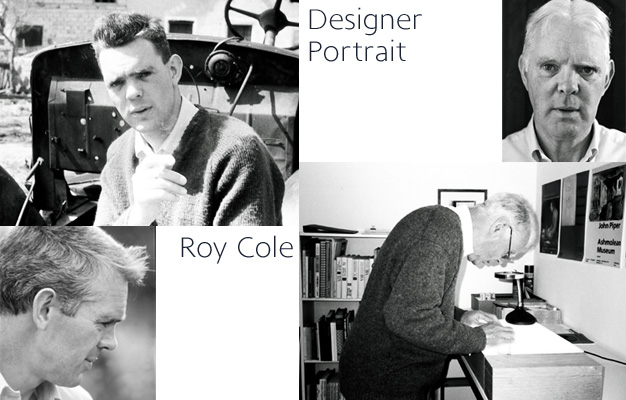 Roy Cole (1932–2012) was the only British typographer to study typographic design under the tutelage of Emil Ruder at the Gewerbeschule in Basel, Switzerland. It was here that typographic history was being made through the creation of a style that epitomised modernity. In the mid-1950s typographic development in Britain had largely restricted itself to slab serif typeface revivals from the nineteenth-century, along with Mistral script, whereas typographic development in Switzerland concerned itself with Akzidenz-Grotesk®, a sans serif typeface from Berthold, which was complementary with asymmetric composition. This early experience made a profound impact on Roy in that the principles of order, simplicity and legibility, fused with experimentation, became a hallmark of his practise, as exemplified in his last font, Coleface.

My work comprises typography and photography.
The latter is in my case an extension of the former.
I find that I use similar approaches in both disciplines:
assessing the elements‚ creating order‚ striving for simplicity.
The tools are different: pencil‚ T-square‚ eraser –
camera‚ lens‚ film; the eye is the same. 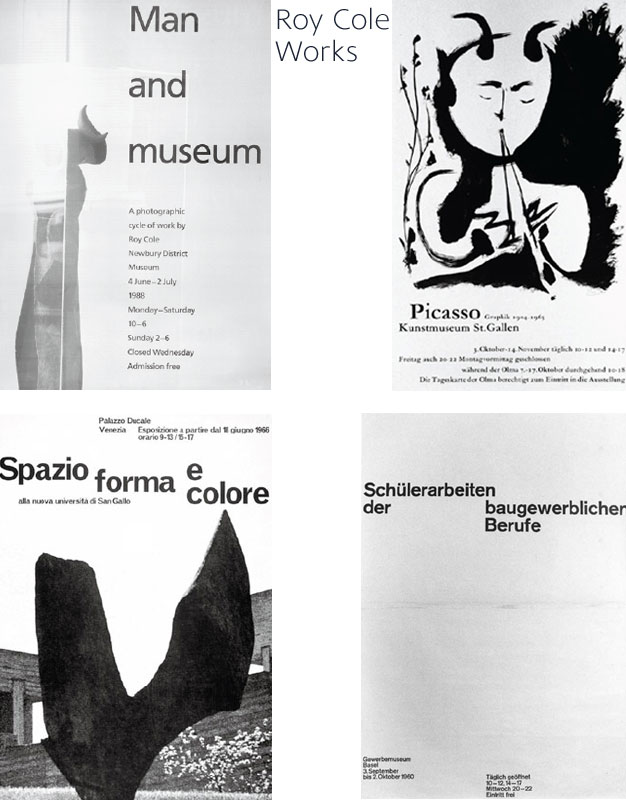 Read the article about Roy Cole, written by eminent typographer Helmut Schmid and published in the magazine IDEA (English, PDF document, 2,5 MB).
You’ll also find Roy Cole’s article “The Road to Basel”, in which he describes his time with Emil Ruder at the vocational school in Basel.
The Know How section offers detailed background knowledge to deal with all enquiries about the use of fonts.