The designer Jürgen Weltin and his fonts

The designer Jürgen Weltin and his typefaces

Jürgen Weltin has been a passionate type designer for years and a number of his fonts are available from Monotype. We introduce Linotype’s entire portfolio of Jürgen Weltin fonts, and you can learn more about the designer himself by reading the detailed interview we conducted with him.

Born in Konstanz on Lake Constance in 1969, Weltin began getting experience in design work with a publishing house before his studies in Graphic Design. During his studies, he expanded his abilities by working at various studios and industrial design firms. He won a prize for his work, which encouraged him to open his own studio in Pullach, south of Munich, in 2001. Weltin has worked here as a graphic and type designer as well as typographic consultant ever since. Apart from that, he regularly teaches typography at a design school.
In his free time, he is an avid cyclist; the diverse topographic tours enable him to take a break from his design work.
Find more information about Jürgen Weltin here. 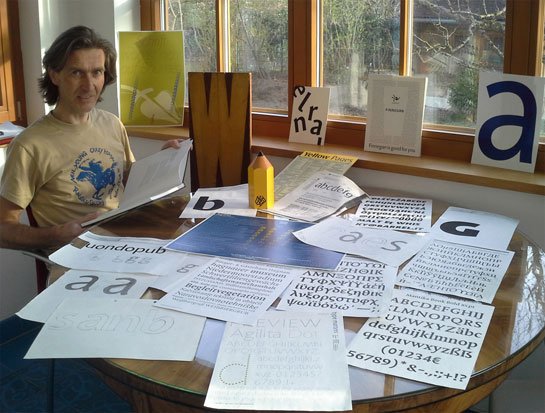 Weltin started working on his first font during his studies and the drafts served as his thesis. The idea behind Finnegan was to develop a sans serif reading font that wasn’t tiring, even for longer texts. Weltin used the basic form of the Renaissance Antiqua, and gives the stems a very slight curvature, which hints at a serif. In addition, the letter forms have a notional direction from the upper-left to the lower-right; the effect is a dynamic that recalls handwriting, in a way.
With four weights, each having their own Italic, small caps and various number sets, the font is also very well equipped for large projects.
Finnegan cuts a very good figure, and not only as a text font. Its friendly, warm and dynamic letters also lend a very unique, unmistakable character to headlines or titles. Finnegan won the Certificate of Excellence in Type Design from the bukva:raz! (the first ATypI type-design competition) in 1997. 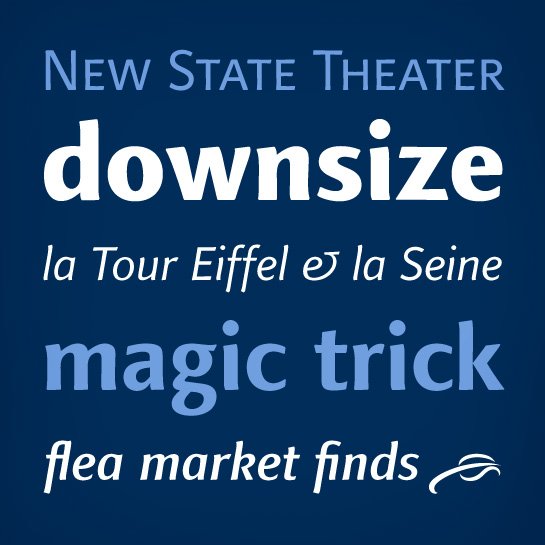 The forms of the very bold Balega recall that of a stencil font, without the typical, technical and constructed character of that type of script. Quite the contrary: the round and lightly inclined forms of Balega recall calligraphy in a way, and lend the font a very dynamic, forward-oriented charisma. Balega is a typical headline font, which you should use in the required sizes. 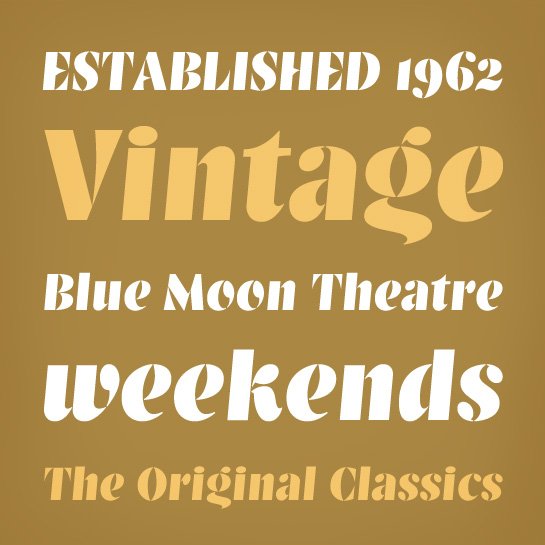 The sans serif Agilita demonstrates classical proportions that are derived from the Renaissance Antiqua. Pronounced ascenders and descenders make for a unique word image, while the marked contrast in the weights of the letters lend a dynamic character. The functional appearance of the font is reinforced by the careful emphasis of the horizontals.
With a focus on the lighter styles, Agilita is available in ten finely graded weights. All styles have their own Italic and six of the weights have the additional, more narrow Condensed styles.
Thanks to its enormous variety of styles, Agilita is suited to very diverse design projects. It is well suited to use in texts and headlines, but also perfect for information and guidance systems; the necessary arrows are included in the fonts. 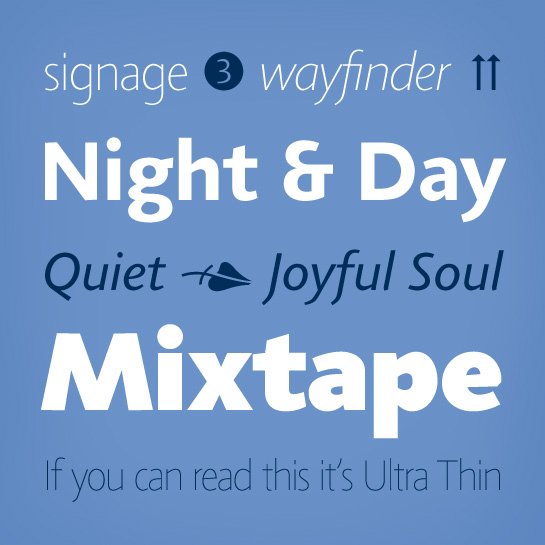 The Mantika font clan currently includes two families, in fact Mantika Sans and Mantika Informal. With Mantika Book, another member is soon to be published.
Mantika Sans is based on a basic form that recalls Mantika Informal, yet has the character of a sans serif. Carefully used serifs and lightly curved stems not only recall an Antiqua, but give the Mantika Sans a friendly personality. Apart from the upright fonts, available in two weights, Mantika Sans also has an Italic. Different than usually is the case, the Italic is only slightly inclined, which reinforces the swinging, handwritten character, increases the contrast and lends further emphasis to the lines. Mantika Sans Italic, then, represents more a unique font than a style variation.
As a lively font that is legible even in small sizes, Mantika Sans can be used in many applications. The extravagantly designed and very unique Italic makes the font all the more attractive.
Mantika Sans won the award in the “Greek Text Fonts” category at the “3rd International Eastern Type Design Competition Granshan 2010”. 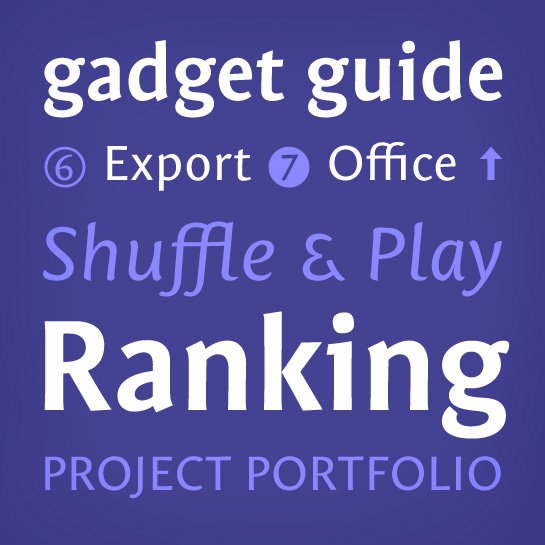 The letters of Mantika Informal are not so easily categorized, and recall an Italic, somewhat. Round letter forms, slightly diagonal and rounded line endings and a marked contrast in the weights that recalls handwriting lend Mantika Informal a friendly, warm and lively character. Although the font, available in two weights, was originally conceived for children’s books, Mantika Informal is ideal wherever a friendly, informal yet refined font is needed. It adds a refreshing accent to many applications, from packages to groceries. 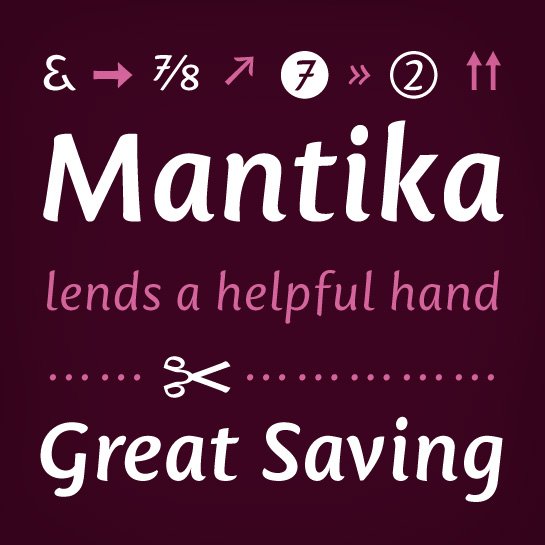