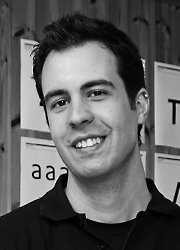 Dominique Kerber
Dominique Kerber is a typographic designer and lecturer living in Winterthur and working in Zurich, Switzerland.
Dominique Kerber made an apprenticeship as a sign maker. From 2004 to 2006, he completed his further education as a typographic designer. After that, he studied Typedesign (CAS Typedesign) at ZHdK in Zurich, where he graduated in 2008.
Since graduation, he has shared a studio with his former fellow student Alex Meier.
www.schriftgestaltung.ch
The Know How section offers detailed background knowledge to deal with all enquiries about the use of fonts.