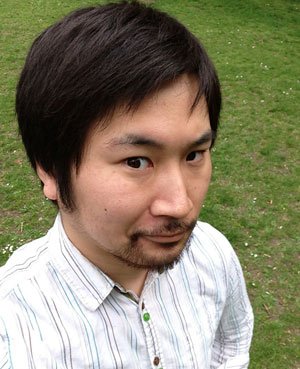 How did you fall in love with type design?
While learning English at school I was often troubled with the little things on Century Schoolbook called serif, which I could never write naturally; for that reason I prefered the other typeface used in the textbook (Helvetica) but some of its letters were still very unnatural. I even wondered if the Latin alphabet was not made by humans. In the end it took a decade to find the answer, and during the search the schoolboy’s question had become a passion for letterforms. I do not know exactly when it happened, but by the time I entered an art university, it was already clear that I loved letters, especially drawing them.

How many typefaces have you developed until now?
Seven typefaces before I joined Monotype, and dozens after that.

Are you influenced by other typefaces by the design of your typefaces?
The original Metro of course, as well as Akira Kobayashi’s Metro Office. Also I paid strong attention to humanistic and geometric sans serifs of the same period such as Futura, Gill Sans, Johnston, and Goudy Sans, which in part tell me why and how Metro came to be.

What was the greatest challenge you faced while creating Metro Nova?
I decided to include Metro No. 2 set as stylistic alternates, which changes the character of the face so significantly. It includes seven uppercase and small cap variants, eight lowercase, seven symbols and punctuations, and numerals in proportional, smallcap, superscript, fraction and so on, which made me feel that I was making two typefaces in one file. Out of 906 glyphs in a font, 208 are alternates.

For what applications would you recommend Metro Nova?
William A. Dwiggins, the original designer of the typeface, made this as a text face, although it became so popular in advertisements. While it will continue to be popular as a display face as it has been, I want to see it in use in a book, in the way it was originally intended. And of course, web pages!

What are the unique details from which you think they distinguish Metro Nova?
The diagonal tip of lowercase letters and very unusual “Q” are most characteristic part of the typeface. The lowercase “a”, “e”, “g”, from No. 1 set make it even more unique.