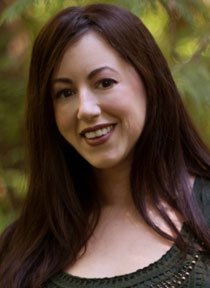 Laura Worthington
A graphic designer since 1997, my focus has moved, through serendipity and lifelong fascination, to type design and to the ever more unsung craft of hand lettering.
Three defining moments mark this unconventional path. A grade school teacher, resolute in her choice to train us to write in Chancery-based italics instead of cursive round hand style, opened my eyes to the greater readability that rewarded this labor-intensive method. I was hooked.
Then, in college, a professor pointed me to pages in a design book’s lettering section, and I swooned. Such an artistic and spontaneous task, with pen or brush pen or steel nib pen in hand, yet so controlled, as each letter perfectly approaches or intertwines with the next, in a flowing precision. An ageless craft yet, in the right hands, as effective in identity or messaging as the most modern method, as it subliminally adds a strongly human, and thus personal, element.
Designing type is a more scientific venture. All letters must work together in a virtually infinite number of combinations. This need for uniformity constrains spontaneity yet puts me in a state of Flow, where time passes unheeded; where my obsessive attention to detail pays off in delight and satisfaction. I experiment, though, drawing hundreds of letters as I create the font. Too, Open Type features yield alternate versions of letters that allow for added style that tones down that need for almost mathematical rigidity.
My personality is not withdrawn despite my passion for the intricate and exacting. It’s warm, enthusiastic, even over-the-top at times, and this is reflected, too, in my illustrative work which ranges from the luxe and regal to eccentric or playful, depending on the need.
I’ve worked in large and small design studios, agencies, and in-house creative departments. Along the way, I’ve continued learning, practicing, schooling, refining. I’ve been blessed with recognition from my peers and the public, as well.
The Know How section offers detailed background knowledge to deal with all enquiries about the use of fonts.