In the countries India, Bangladesh, Bhutan, Nepal, Pakistan and Sri Lanka of the Indian subcontinent there still survive – despite the colonialisation of the past – numerous different writing systems (more than 100, although some of these are at acute risk of becoming extinct) and the corresponding languages. In addition to Arabic script, which is used in Pakistan and some of the Indian states and territories with a high proportion of Muslim inhabitants (such as Andhra Pradesh, Gujarat and Kashmir) to write texts in the official language, Urdu, the most prominent of the other scripts employed are descendants of the Old Indian Brahmi script.

Among the 11 most important writing systems and the main languages for which they are employed are: 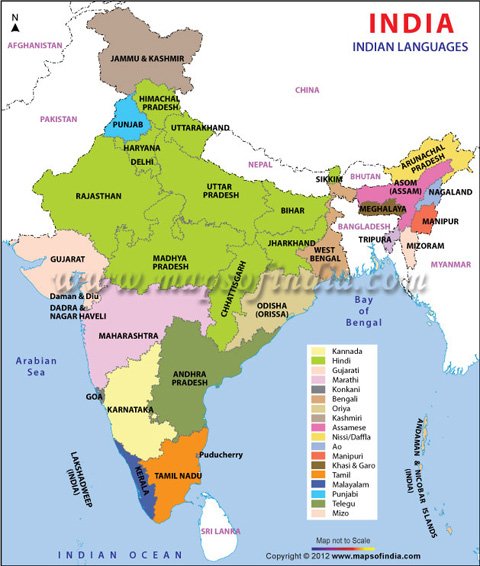