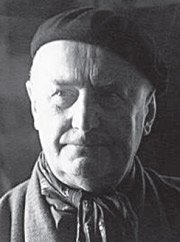 Arnold Drescher
Born on 17 March 1882 in Auerbach (Vogtland) in the east of Germany; died on 1 June 1971 in Braunschweig. Initially trained as a teacher in Auerbach in 1896.
Studied at Dresden School of Arts from 1905 to 1907, and subsequently became a specialised instructor for art teachers. Appointed to a professorship at Dresden School of Arts in 1920. From 1940 to 1945, he was director of the Akademie für graphische Künste und Buchgewerbe in Leipzig, after which he worked as a freelance graphic artist in Leipzig. Relocated to Braunschweig in 1960.
The Know How section offers detailed background knowledge to deal with all enquiries about the use of fonts.