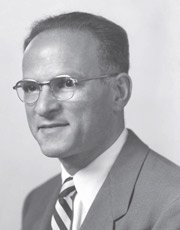 Ismar David
“I always had hoped to be able to contribute to the development of Hebrew printing. In 1933 when the only available book faces were Frank Rühl and a Meruba version; while Miriam and Chayim were the only commercial faces (none available in more than one weight), the idea came to me that there should be one new basic typeface, free from form corruptions that have beset Hebrew type development during the last centuries. But this new design should be so basic that it would lend itself to three variations: book face, italic and even-stroke. Each of these three I began to visualize in three different weights: light, medium and heavy.”

From a design perspective, Ismar David landed in the right place at the right time. He was a uniquely capable designer in a situation that offered a rare opportunity to reshape the typographic landscape.

Arriving fresh from four years in the Städtische Kunstgewerbe- und Handwerkerschule Berlin, Charlottenburg, to an exciting environment of cultural revival in 1932 Jerusalem, the twenty-two year old was profoundly influenced by his new surroundings. He could not help but see things in a new way and became convinced that the type family he envisioned should move closer to old Semitic forms and away from the styles that had developed in Europe.
Well aware of the technical requirements of commercial printing, he planned each letter to fit on the same matrix and line up on the same baseline, in order to work on the line-casting machines then prevalent.
By devising a scheme to divide the alphabet into three groups based on width, he was able to achieve a solid structure and a more even texture than was generally seen in Hebrew typefaces of the day. He tested and refined his design over years by pasting up letters in a wide variety of commercial graphic applications.
While in New York to work on the Palestine Pavilion for the 1939 World’s Fair, he began negotiations with Intertype Corporation, but the war postponed any decision. It wasn’t until 1951 that David signed the contract and delivered the final drawings. In 1954, Intertype issued 12 pt. David Hebrew book and italic in light weight. Other point sizes were subsequently added, but the full family of nine variations appeared only once, as an image in an essay by Moshe Spitzer for the Schocken-Festschrift. Dr. Spitzer selected David Hebrew for S. Y. Agnon’s A Stray Dog (Tarshish Books, 1960), the first time the face was used in a full-length book.
The Know How section offers detailed background knowledge to deal with all enquiries about the use of fonts.