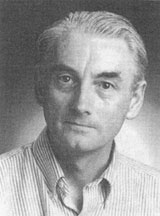 Ronald Arnholm
The designer Ronald Arnholm (born 4. 1. 1939 in Barre, Vermont) created ITC Legacy® in 1992. He was first inspired to create the typeface when he was a graduate student at Yale. In a type history class, he was impressed by a copy of the 1470 edition of Eusebius, set in the roman type of Nicolas Jenson. Arnholm went on to create a revival of Jenson’s work, now called Jenson Roman, also in the Linotype Library. But he was not yet satisfied and created ITC Legacy to capture all the qualities of the original and then designed a companion series of sans serif typefaces based on the same structure of the oldstyle serif types.
The Know How section offers detailed background knowledge to deal with all enquiries about the use of fonts.