Gudrun Zapf-von Hesse designed the first sketches of Alcuin® in 1986. The namesake of this typeface was an advisor of Charlemagne and was responsible for the writing reform of the Carolingian era. Alcuin was born in 735 in England, became an abbot in Tours and died there in 804. It was the idea of Zapf-von Hesse to develop a modern text type based on the forms of the Carolingian miniscule. To create a text type that is excellent for a wide variety of applications, typical handwritten elements had to be discarded while still retaining the flow and character of handwriting.
Alcuin with its strong calligraphic expression may be used in books, magazines, and also in the area of printed office communication. 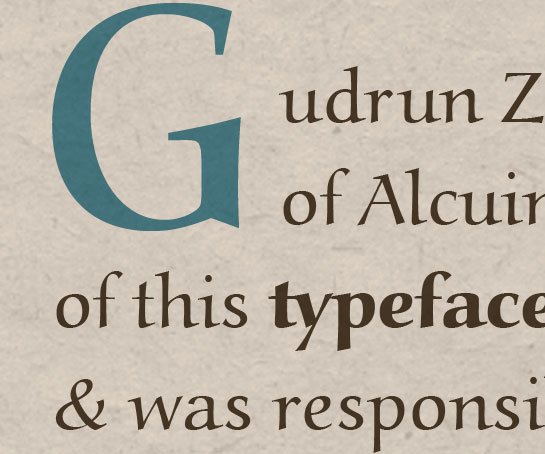 Let the outstanding quality of this typeface convince you.
Download a printable sample of Alcuin as a PDF.
Categories