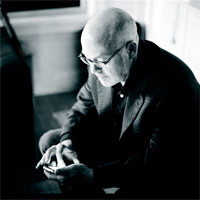 Roger Black
For more than 35 years, working with magazines like Rolling Stone, for newspapers like The New York Times and web sites like Bloomberg.com, Roger Black has been developing ways to communicate content more effectively. His teams have redesigned Reader’s Digest, Esquire, The Nation (Bangkok) and the Los Angeles Times, to name a few. This fall a new design for The Washington Post was introduced. Black has also been consulting on the web site of MIT.
A partner in the Font Bureau and Danilo Black, both celebrating 20th anniversaries, he works from a small office in New York, Roger Black Studio.
The Know How section offers detailed background knowledge to deal with all enquiries about the use of fonts.