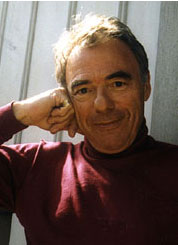 Raphael Boguslav
Born in 1929 on Long Island of Russian parents, Raphael Boguslav grew up in New York City. He attended the Art Students League from the age of nine and later The High School of Music & Art and Graduated Cooper Union In ’51. His classmate, Milton Glaser got him his first job in design and later joined the small studio as art director; an apprenticeship he credits as profoundly influential. From ‘54 to ‘61 he was an occasional folk singer made two solo albums, and accompanied Harry Belafonte. From around ’56 he worked for Lippincott & Margulies Designing logos & packages for companies like New York Life, PPG & Chrysler. He started a studio with his then wife and partner but by around 1970 his interest turned to painting. In ’72 with the encouragement of his friend, John Benson, he moved to Newport, RI and eventually resumed his career in lettering, calligraphy and graphic design. Avia, originally drawn for a custom client, was a prize winner in an international typeface competition. He has taught at Cooper Union and RSD as well as many workshops nationally. Currently he works mostly on the Mac, continues to pursue a lifelong interest in classical piano and builds radio controlled model airplanes.
The Know How section offers detailed background knowledge to deal with all enquiries about the use of fonts.