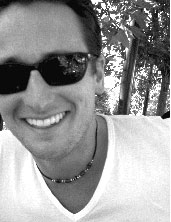 Xavier Dupré
Xavier Dupré was born in France in 1977. In 1995 he studied graphic design in Paris and received a GCE Applied Arts degree. Two years later he went to the Scriptorium de Toulouse to learn calligraphy and typography. In 1999 he began work at a packaging design agency in Paris. He collaborates with Ladislas Mandel, well-known for telephone directory types, and experiments with Renaissance letterforms. For 2001 to 2004 he lived in Cambodia, designing latin and khmer typefaces as he travelled through South-East Asia. Dupré was awarded consecutive Certificates of Typographic Excellence in 2004 and 2005 by New York’s Type Directors Club.
The Know How section offers detailed background knowledge to deal with all enquiries about the use of fonts.